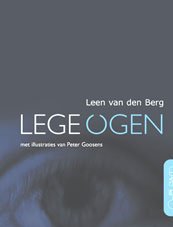 A thrilling literary novel for adolescents.

Hannah writes a diary during the darkest days of her life. The palindrome of her name symbolizes her hopeless family situation. Since years, her mother acts strangely: when she cleans the windows, she does it three times over again. Hannah and her brother are not allowed to touch the door-handles with their hands and they have to walk on the carpets, not on the wooden floor in between the carpets. Visits from and to friends are not allowed. And the worst of all: Hannah’s mother is unpredictable. Sometimes she is extremely euphoric and on other occasions she does not leave her bed for days.

Hannah does not understand what is wrong with her mother but she feels that she is different from other mothers. Out of necessity, she takes care of the household and does everything to hide her family situation from her friends at school.

When her mother tries to commit suicide it is not longer possible to keep the secret. Her mother is admitted to hospital, the strange acting gets a name: manico-depressive psychosis. Hannah is overwhelmed by questions of all kind. Will her mother be cured? Is it her fault that mother is ill? Is the disease genetic and will she get it too?

In her search for information, she finds a chatroom where she can talk with young people in a similar family situation.

When one of her chat-mates invites her to a gathering of a self-help group for children of parents with a mental disease, she hesitates. Finally she decides that it is time to break the closed circle in which she feels locked in...

The book has been published in Dutch (‘Lege ogen’) and in French ('Un regard insondable'.)

A successful theatre adaptation has been travelling all over the country,  with about 120 performances.

The book is intensively used by health workers and by SIMILES, the Belgian self-help group for children and partners of people with a mental disease. It is considered by them as an important instrument of information, prevention and support among youngsters because research has proven that 1 out of 10 children is living in a family situation, more or less similar to Hannah’s. If we care for young people, depression and psychosis among parents can not be a taboo any longer.