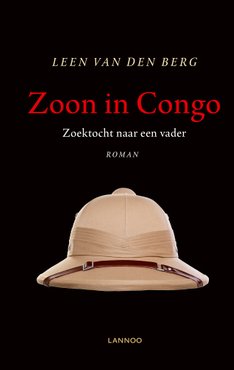 Despite the fact that he lives in an orphanage, Elias has a bright future ahead because he is a good student. When his mother appears and wants him to live with her, he is extremely happy. At least for a while, until it becomes clear to him that his mother is more interested in him as a provider than as a son.

The last words of his mother, before she is dying, change his life.

He follows August, a young, somewhat mysterious colonist, to the Congo, as an employee of a rubber company.

In Congo it becomes clear to him that truth and falsehood are close to each other. And that truth has many faces.

He learns to know himself as a hero and as a coward.

And he learns about the essence of fatherhood.

Historical novel, situated in the young colony of king Leopold II. The colonists are a mixture of Belgian, British, Scandinavian, Dutch, Portugese, Italian and Greek adventurers.